Below are a few of the accomplishments by Artistic Compositions.

Artistic Compositions LLC was created over 30 years ago when Shane Smith mounted his first bird, a Greenwing Teal. Shane’s talents have been accented by the winning of National Championships, North American, Grand National, Regional and State Competitions.He has achieved these top honors not just with waterfowl, but with upland birds and Turkeys.

He reached the pinnacle of competing earning the title of “World Champion”. He has become one of the most recognized waterfowl, Turkey and upland taxidermists in the world. Shane has a true passion for birds, and demonstrates his artistic abilities in the specimens displayed. Each bird has its own character and emotion.

Since 2013, Shane has shifted his energy from competing and developed a line of manikins through Mckenzie Taxidermy Supply (see video below). These parts have helped move the industry forward revolutionizing bird taxidermy in many facets. His line of forms have become the leading system on the market today. His products can be found here www.mckenziesp.com

Seminars are also available for those wanting to learn at the highest level. Shane is offering workshops for turkey, waterfowl, upland, molding and casting, as well as his coveted water secrets. Click this link for more information. 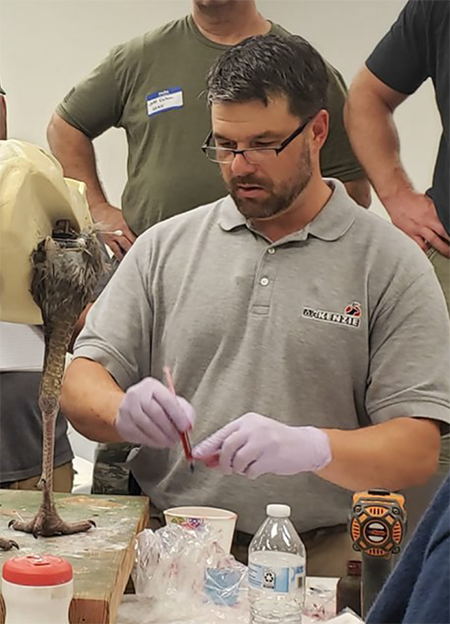